The Balkan Network for local democracy (BNLD) took its first official step for registration of the Network.
On the 12th of June 2019, ALDA, the LDAs from the Western Balkan region, and ALDA Skopje held the Constitutive General Assembly of BNLD in Skopje, North Macedonia and made history.
After several years of preparation and conception activities and 1 year of building strategic steps for creating the network, the founding members signed the memorandum of understanding, the first step of legal registration the network.
The Founding members of the network are ALDA, LDA Mostar, LDA Zavidovici, LDA Prijedor, LDA Niksic, LDA Subotica, LDA Central and South Serbia, LDA Kosovo, and ALDA Skopje. The Network is a natural step in the development of the relations between the members after two decades of joint activities and implemented projects.
During the Constitutive Assembly, the founding members defined the last details of the vision and mission of the network and voted the final version of the Statute of the Network.
The BNLD’s mission is to promote local democracy and regional cooperation in the perspective of EU integration of the Western Balkans through the empowerment of civil society and local authorities. Elbert Krasniqi from LDA Kosovo was selected as first President of BNLD while Ivana Petrovska from ALDA Skopje as Executive Director.
The Network will be registered in North Macedonia and ALDA Skopje will host its headquarters. 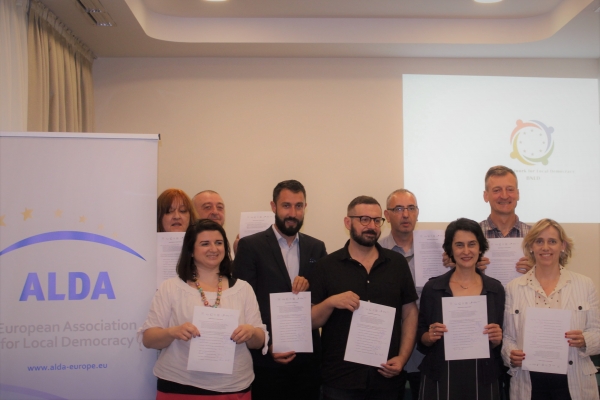